I cannot say that I am acting accordingly to other people’s expectations, but at the same time it’s not like I am completely free of them. I repeatedly pretend to not care, however in the subconscious way my mind often stops me from being in the way that I truly am.

I am good in giving perfect advises but not necessarily implementing them into my life. I keep my guard up and I strongly protect myself from all the potential wrong looks. Like anyone really cared so much about this what I say…

I have a friend which recently confessed to getting over a depression and going through pretty rough times. She posted on her Instagram a few intimate pictures and shared a message saying that she finally confronted herself with her own weaknesses. She wrote: “you also can”.

I only guessed how big step it was for her. How much it had to take to get honest about your deficiencies. How much she needed to go through to get ready for posting such a statement. Especially if previously she was always presenting herself as a happy, beautiful and successful woman.

Yes, of course. It caught my attention. I simultaneously got moved and proud of her. But you know what? I I’ve been thinking about this example for maximum 8 minutes. Later on I just came back to my issues. Probably other people did the same. 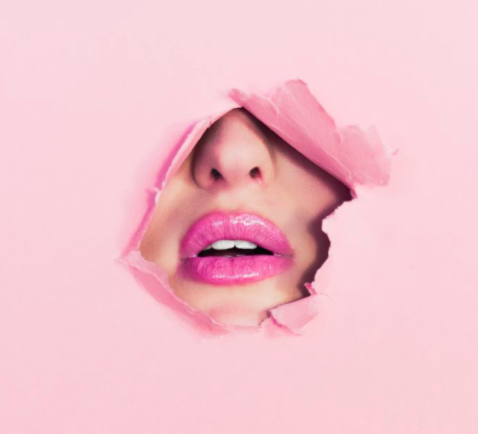 Do you see what I am trying to say?

Sometimes we think that being bold and stating the truth can be shocking. That it can be too much, too wild or too bad. But usually it changes nothing. Despite the fact that it makes you feel much better.

I have a lot of friends who are protecting their expression. Who are afraid to say something out loud, who are keeping scared of being heard. I don’t like watching them not being themselves. But I do the same. Unfortunately, at some point we all do that.

We are worrying about what other people say.

Those “people” can be our relatives, friends, coworkers or followers. We need to stop fighting with their reactions and understand that we are completely not responsible for them.

Yesterday I added on my Instagram the below picture.

My friend instantly called me and asked what was wrong with me. Why do I post such things?

I had to learn to fight for my statements. Yesterday I reacted that way, but I know that some time ago this kind of accusation could make me think that I’ve made something really wrong…

I am a perfectionist so you can only imagine how strong is my desire to be flawless. It’s not easy to live with that feeling but I definitely believe it’s worth to try to get rid of it. And to

Everything happens for a reason. Some say that “if only” are the saddest words in the world. Trust that feeling.

“If you are afraid to take a chance, take one anyway. What you don’t do can create the same regrets as the mistakes you make.”

Your wings already exists,
all you have to do is
fly.